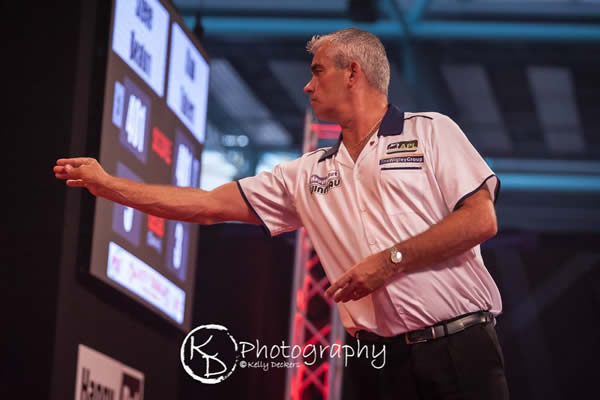 In a first round clash between two former European Tour Winners James Wade took the game 6-3 at the Ostermann Arena in Leverkusen, Germany.
I played well but James was relentless. I haven’t qualified for the second European Tour in Munich over the Easter weekend but will be back in action for two European Qualifiers followed by two Pro Tour events at the Metrodome in Barnsley from 6th-8th April.
Have a great Easter break !!!!