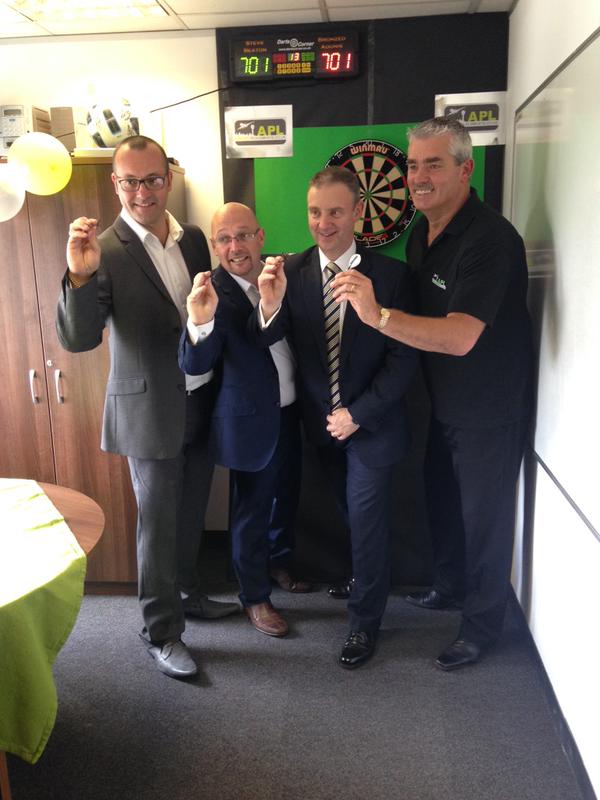 The relocation, which took place earlier this month, is coupled with a significant expansion in the firm.

The development has been made partly as a result of the airport’s continued traffic increases, which has averaged around 8% growth so far in 2015.

Having being headquartered in Measham, Derbyshire since its inception in 2009, the firm felt the time was right to move its HQ to the airport.

APL director Jez Heenan, said: “We’re already feeling the positive benefits of being on-site and closer to our customers.

“The move is testament to our commitment to strengthen further our existing relationships with clients and candidates alike, by being more visible and approachable.”

The official opening of APL’s office on 15 June, conveniently located in the Comet Building next to the airport terminal building, also allowed guests the chance to take on a world champion.

Former World Darts Champion Steve Beaton, who is sponsored by APL, was on-hand in the new headquarters office, giving guests the chance to ‘Beat Beaton’ in a game of darts.

Bob Graham, operations director of Birmingham Airport, added: “APL has gone from strength to strength in supplying staff to our third party operators on site and it is fantastic news that they now have a base here at the Airport.