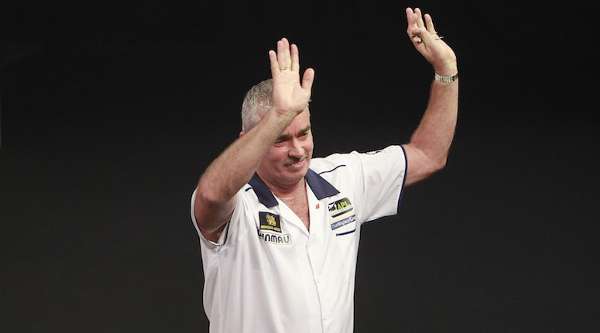 I am over the moon to have qualified for the bwin World Series of Darts Finals to be held at Multiversum, Schwechat, Vienna from 2nd-4th November 2018.
PDC write up and field below.

KEEGAN BROWN, Ross Smith, Maik Langendorf and Steve Beaton completed the field for the 2018 Bwin World Series of Darts Finals, after winning their way through the field at the Tour Card Holder’s Qualifier in Barnsley.

The Qualifier confirmed the final four players for the tour ending Finals with the event taking place in Vienna for the first time from November 2-4.
Former World Youth Champion Keegan Brown sealed his spot in Austria by first beating Paul Rowley and then Luke Woodhouse 6-3.
The 25-year-old then defeated Dirk van Duijvenbode 6-2 before claiming an impressive 6-3 victory over former Lakeside Champion Stephen Bunting.
Brown’s final game of the evening came against Ron Meulenkamp with the former Grand Slam quarter-finalist running out a 6-0 winner to qualify.
Steve Beaton will feature at the World Series Finals for the second time after he booked his place in Barnsley.
The 54-year-old began with a bye in the first round before comfortably beating Aden Kirk 6-1 and then wrapping up a 6-4 win against Brendan Dolan.
A 6-2 win against Steve West followed before a final success, this time a 6-4 victory over Ryan Searle saw Beaton progress to Vienna.
Ross Smith will make his debut on the World Series in Vienna after his success in Barnsley.
A 6-1 win over Kevin Burness began Smith’s day before then needing an incredible run of four last leg deciders to beat Jeffrey de Graaf, Robert Thornton, Tony Newell and finally Darren Johnson.
Maik Langendorf was the final man to seal his place in Vienna beating Kim Huybrechts in the decider.
The 48-year-old, who has featured on the European Tour in 2018 was given a bye in the opening round before needing a deciding 11th leg to beat Kirk Shepherd in round two.
Wayne Jones provided the Austrian with another stern test where once again a deciding leg was needed to decide the match.
Langedorf, who will play in front of a home crowd in Austria then beat Ronny Huybrechts 6-3 before then going on to beat his brother Kim 6-1 to advance.
Vienna’s Multiversum will host the World Series of Darts Finals from November 2-4 as a 24-player field competes for a £250,000 prize fund, live on ITV4 and worldwide through the PDC’s international broadcast partners.