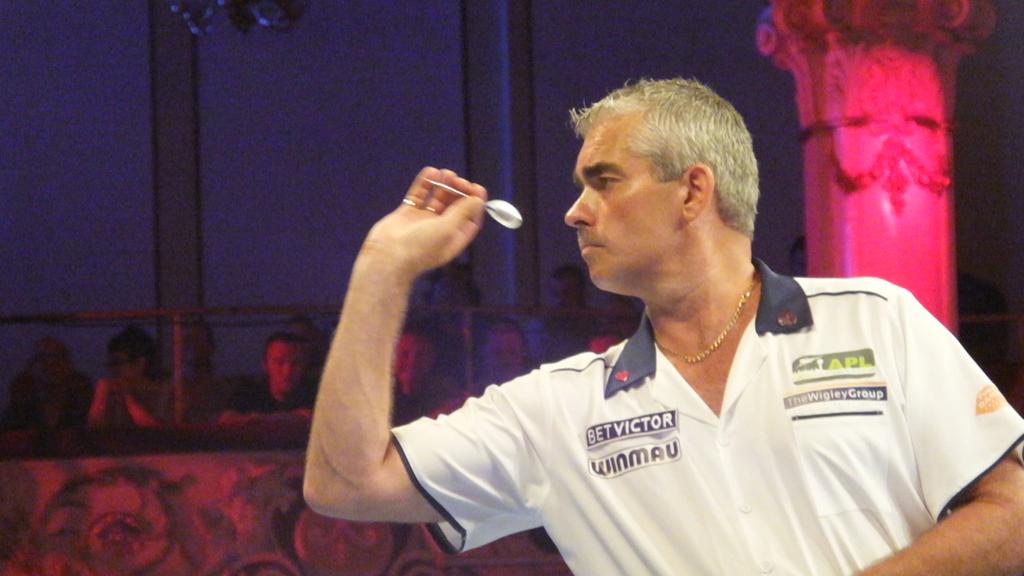 Former World Champion, Steve Beaton, won four straight legs as he hit back from 3-2 down to defeat Mark Walsh 6-3 and move through to a second round game with Justin Pipe.

The pair shared the opening four legs before Walsh broke throw by finishing 80 on tops in the fifth leg.

However, missed doubles from Walsh in the next two legs allowed Beaton to wrestle back the lead before the former Sindelfingen winner took out a brilliant 124 to lead 5-3 and double 16 to seal the win.

Steve Beaton moved into the third round with a narrow 6-5 win over Justin Pipe, producing a superb 11-darter in the deciding leg of a close contest.

Pipe made a fine start, taking out 130 on the bull as he moved into a 2-0 lead before also taking a 3-1 advantage.

Beaton traded 180s with his rival in the fifth as he hit back on double eight before finishing a brilliant 141 checkout to level, double eight to move 4-3 up and double two to lead by two legs

Double 14 saw Pipe hit back before he punished two missed match darts from Beaton at tops by landing double eight to force a decider, but the former Lakeside Champion showed his class by scoring 137, 140 and 140 before finishing 84 in two darts to claim victory.

Huybrechts averaged 104.70 in a 6-5 win over Steve Beaton, , who had produced an 11-darter to win the deciding leg of his second round tie with Justin Pipe but was unable to repeat the feat 24 hours later.

Huybrechts made a stunning opening to take a 4-1 lead, with his average hitting 116 as he took command – despite a ten-dart finish from Beaton in leg two which replied to a 13-darter which opened the game for the Belgian.

Huybrechts took out 64 to win the third leg and hit 180s in the next two, only for Beaton to punish misses a tops from his opponent in the next two and then finish 78 to level.

Huybrechts finished 62 on double 16 to move 5-4 up, with a 13-darter from Beaton forcing a decider which he opened with scores of 58 and 28 as the Belgian pulled clear before taking out 74 for the win.