EXHIBITION TOURNAMENT IN DUDLEY RAISED OVER SEVEN THOUSAND FOR CHARITY 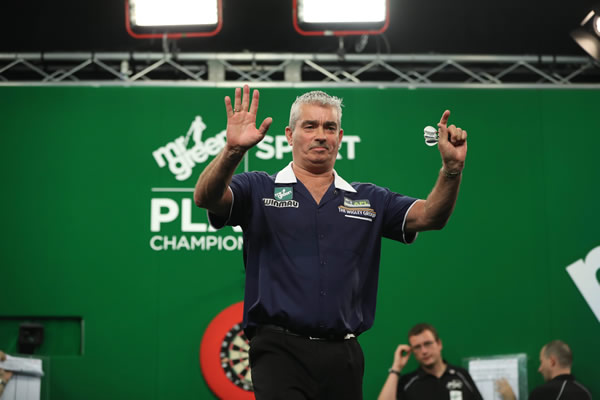 Steve Beaton has won a exhibition tournament on Saturday night in the English town of Dudley which raised over seven thousand for charity. A collection campaign for a charity for sick people was central during this evening.

The goal was to raise money for MS Hospice. This charity offers patients with incurable or life-limiting illnesses the opportunity to fully enjoy their lives. The end result was there, because after the event seven thousand pounds was collected.

During the event, an exhibition tournament was also played between Beaton, Alan Norris, Jamie Caven and Daryl Gurney. ‘The Bronzed Adonis’ was too strong for ‘Jabba’ in the semi-finals. Gurney knew how to beat Norris. In the final Beaton won the overall victory, thanks to a 161 finish.

Also walk-on girls Daniella Harper and Charlotte Wood were present on this evening. The ladies have been banned from television tournaments since this season. However, they are still a much requested addition for demonstration tournaments.