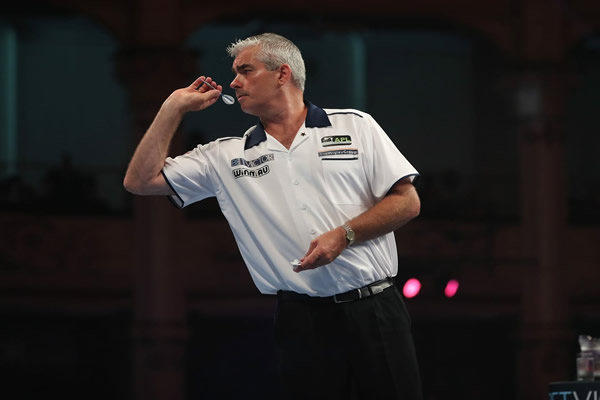 Pro Tour 21 Saturday 20th Oct Barnsley Metrodome
I made the Semi Finals but lost 5-6 to Krzysztof Ratajski who came back from being 5-1 down to secure a place in the final. Still not sure how I lost the game but fair play he fought back and went on to win the tournament.
On the way to the Semi’s I defeated Robbie Green, Justin Pipe, Nathan Aspinall, Terry Jenkins and Ricky Evans.
Pro Tour 22 Sunday 21st Oct Barnsley Metrodome
I was still in good form on the Sunday and made the last 16 losing 3-6 to Michael Smith after defeating Simon Preston, Darren Johnson and Vincent Kamphuis.
A great weekend overall and of course the icing on the cake was qualifying on the Friday evening for the World Series Finals in Vienna at the beginning of November.
Off to the European Championships in Dortmund this coming week where I will play Simon Whitlock in my first round game.

A big thank you to my sponsors Winmau, The Wigley Group and Airport Placements !!!!