A great few days in Milton Keynes Super Series 4.
I felt good all four days and played some excellent darts.
Pro Tour 13 – 1st rd   won 6-4 against Ross Smith, 2nd rd won 6-5 against Martin Lukeman, Last 32  won 6-5 against Danny Noppert, then lost 3-6 to Gerwyn Price.
Pro Tour 14 – 1st rd won 6-3 against Martijn Kleermaker, then lost 5-6 to Gary Anderson with an average 104 which was a brilliant game of which I took a 4-0 lead but unfortunately that was not enough as Gary went crazy from there on. I hit 7×180’s and didn’t miss much on the outer ring but then missed 2 match darts in the penultimate game.
Pro Tour 15 – I went out in the 1st rd 5-6 to William O’Connor.
Pro Tour 16 – 1st rd won 6-2 against Boris Krcmar, 2nd rd won 6-1 against Alan Tabern, Last 32 won 6-1 against Mervyn King (av 100.2)
Last 16 won 6-2 against Lewis Williams and then lost 6-5 in the quarter finals against Luke Humphries (av 96.6) I was unlucky to miss the bullseye for the match and had to watch Luke take out 65 for the victory. I was gutted but am really pleased that I am putting in some great performances again.
Looking forward to Super Series 5 in a couple of weeks at the Ricoh in Coventry, my home city.
Thank you to everyone of my supporters and to my sponsors Winmau and The Wigley Group. 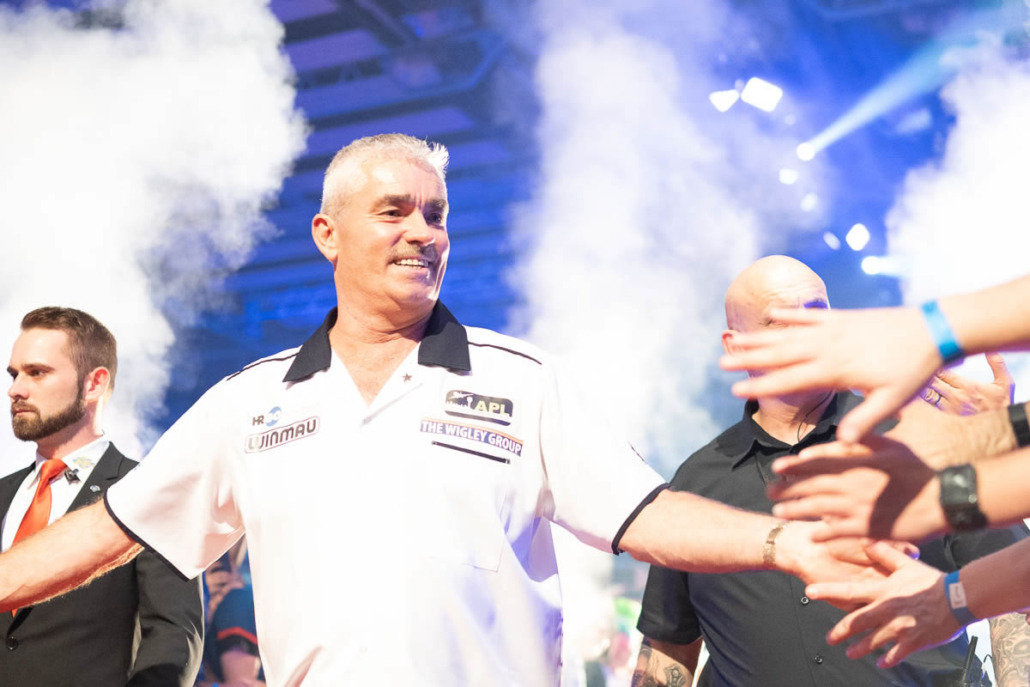