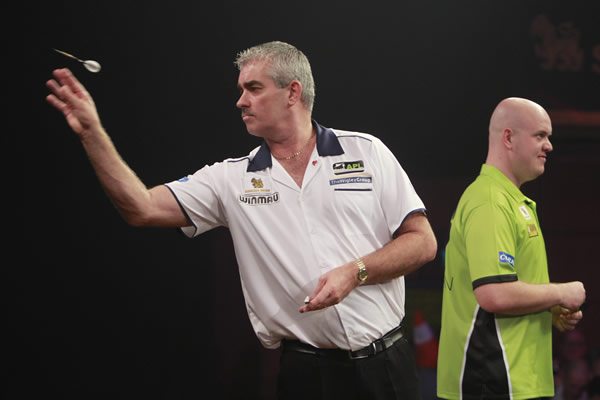 After losing to James Wade in the second round of the Worlds my wife and I had a lovely couple of weeks in Lanzarote.
With my batteries recharged I headed to Wigan for the first three events of the year. 3 x UK Open Qualifiers.
I made the Quarter Finals on the Friday defeating Mick McGowan, Andy Jenkins, Andrew Gilding, John Henderson then lost to the eventual winner Peter Wright.
On the Saturday on my way to my next Quarter Final I defeated Jason Wilson, Darron Brown, Michael van Gerwen, Benito van de Pas then lost 6-5 in a very close game to Dave Chisnall.
On the Sunday I lost to Ian White in the last 16.
A great weekend overall as I have already Qualified for the UK Open Finals at Butlins Minehead next month with 3 more Qualifiers still to play for this coming weekend !!!!
Happy Days !!!!