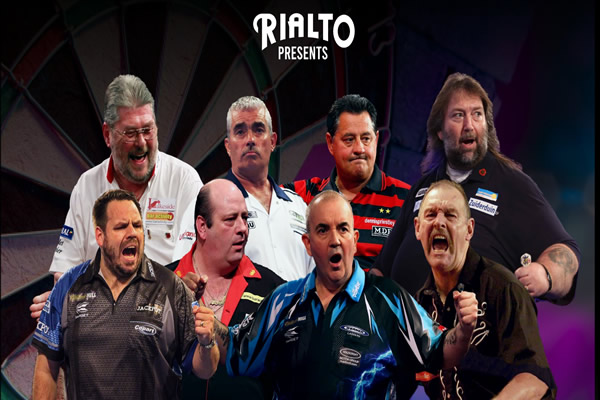 The Rialto Coventry 85 Moseley Ave, Coundon, CV6 hosts the first ever Battle of the Champions Darts exhibition – where 8 WORLD CHAMPIONS of Darts battle it out to be crowned the Ultimate Champion

With 28 world titles between them, this is expected to be the BIGGEST darts event of the year, as some of the greatest names from darts assemble to compete for the big prize in an exhibition never before seen!