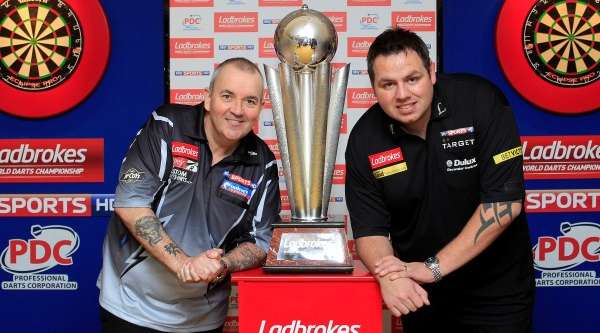 The Ladbrokes World Darts Championship started on friday the 14th December at the Alexandra Palace in London. With the favourites all lining up to take centre stage it should be a wonderful event as usual.

Steves first round match is due to start at 7pm on Tuesday the 18th December against Kyle Anderson from Australia. Catch him live on Sky sports and the PDC live website.

A full list of first round matches can be found below.

The schedule of play is subject to change at the discretion of the PDC and Sky Sports. Any changes would be notified as soon as possible at www.pdc.tv. Times of matches listed above is approximate and for guidance only.